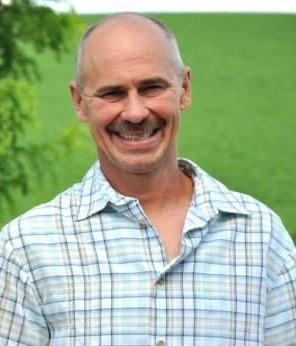 Robert J. “Bob” Hilby, age 60, from East Dubuque (Menominee), IL passed away, Thursday, June 24th from injuries sustained from a train accident. A funeral service will be held from 10 to 11 am Friday, July 2nd at Nativity BVM Church in Menominee, with burial to be at a later date. Friends may call from 3 to 6 pm Thursday, July 1st at Furlong Funeral Chapel in Galena.

Bob was born on May 18, 1961, the son of Cletus and Lois (Budden) Hilby. He graduated from Galena High School, Class of ’79. After high school, Bob worked on the family farm, which he would later own and operate. He could often be found in the shop working on farm equipment or trying to fix whatever needed fixing. Bob was a good man, a hard worker, and he was always there to lend a helping hand. He enjoyed hunting and being outdoors, playing with his dogs King and Milly, weekend Harley rides with his wife Polly, and time spent on the farm with family and friends.

He was proceeded in death by his parents Cletus and Lois Hilby, his beloved son Nicholas Hilby, and his nephew Jared Fleege.

In Lieu of plants and flowers, a Robert J. Hilby Memorial Fund has been established. His family would like to extend a special thank you to the Engle family, and members of the Canadian National Railway, the Menominee-Dunleith and East Dubuque Fire Departments, Galena Area EMS, Midwest Medical Center staff,and local law enforcement agencies.

…God looked down on his planned paradise and said, “I need a caretaker.” So God made a farmer.