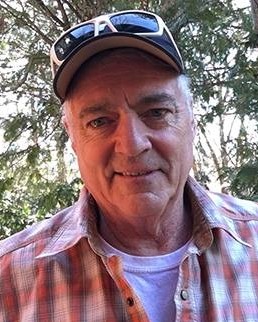 Richard B. Pearce, 67, died Sunday May 27, 2018 at his home. Richard was known locally for his botanical artwork around Galena. There will be a Celebration of his life at the Galena Center for the Arts on June 14, 2018 beginning at 6 PM. The Furlong Funeral Chapel, Galena is assisting the family. Richard Pearce was born on June 14, 1950, to William and Lucille Bowman Pearce, in Denver Colorado. He received a B.A. from the University of Colorado in 1971. He later received a PhD in Cell Biology in 1979 from the University of California at Santa Barbara. After receiving his PhD, he went on to lead research in the early 1980’s linking the HIV virus to the AIDS disease focusing on the role of a parasitic disease as a co-factor. His requests to publicize the transmission of the epidemic subsequently led to a large-scale awareness campaign. His research on its spread helped decrease fatalities worldwide. He published 17 scientific papers on the subject and was an advocate for behavioral changes among the gay community. In 1988 he was recommended for a postdoctoral fellowship by the twice winner of the Nobel Prize Dr. Linus Pauling. He moved to Diabetes research with a focus on immunology during the 1990’s. He wrote for many medical and lay publications. Upon early retirement, Richard moved to Galena, Illinois in 2001. There he became the first person to experiment with the photo-scanning process on plants. It is believed that he was the first to perfect the art, holding the first exhibit on the medium in 2003. His high-quality photo scans grace the walls of exhibits, galleries and museums throughout the region today. He finished scanning a total of 358 species. He later turned to videography, publishing DVD’s on entomology and botany. His ecology work engaged many, fostering a greater appreciation for nature. His business, Arras Images, provided Giclee services to many artists in the area as well as marketing pieces, website design and book publishing. He published his first scientific paper on botany in the Great Lakes Botanist last December. His botanical writings pulled from historic sources and were highly engaging. He was a purveyor of opera, classical music, art, cuisine and books. In the 1980’s he was a dresser for the San Francisco Opera. He was an expert in niche subjects such as the German Soprano Lotte Lehmann, the Civil War General Adam Badeau, General Grant among others. In 2006 he led to purchase four bricks in tribute to four slaves owned by Julia Dent Grant at the Grant Home in Galena. One of his favorite pastimes was playing backgammon. Richard was gentle and well-liked. His intellect and consistent brilliancy to each task were his most known attributes. He possessed a mind that many will likely never encounter. Whether it was a tiny insect, someone’s pet, or the world population, Richard cared for them. He is survived by three brothers and one nephew.