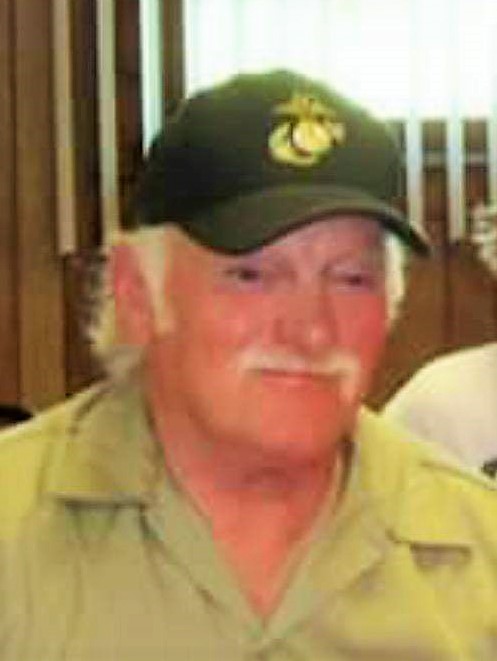 Dennis R. Smith, 67, of Galena, IL passed away Saturday, June 29, 2019, at his home after a courageous battle with cancer. A Masonic service will be held at 7 PM, Wednesday, July 3, 2019, at the Furlong Funeral Chapel, Galena where friends and family may gather after 4 PM until time of service. Military honors will follow the service. Burial will be held at a later date. Cremation rites have been accorded. He was born August 13, 1951, in Hazel Green, WI the son of Wilbur and Wilma Smith. He graduated from Galena High School with the class of 1969. Dennis enlisted in the United States Marine Corp on June 23, 1969, and served until his honorable discharge as Corporal on June 22, 1971. He married Michele Jaeger on May 19, 2007, in Dubuque, IA and she survives. Dennis owned and operated Feeley Real Estate and Greenwald Insurance Agency with his parents in Galena for thirteen years. He went onto work at Teleconnect Systems Company, then McLeod and later Mitel until semi-retiring. Dennis then sub-contracted with Mitel and Rich and Junnies. His favorite past-time was fishing. Dennis always said, “There’s two types of fishing. Good fishing and great fishing. The difference between the two is great fishing is when you are catching fish.” He also enjoyed spending time at the casino. Dennis was a member of Miners Lodge #273 A.F. and A.M., Oxus Grotto #137 and I.O.O.F. Wildey Lodge #5. He is survived by his wife, Michele, four sons, Dennis Smith Jr, Justin Smith, Nick (Sarah Kutsch) Jaeger and Nathan (Tracy Sites) Jaeger-Smith, one daughter, Melissa (Bruce Wilcox) Ettleman, three grandchildren, Hannah and Evan Ettleman and Landon Smith, two sisters, Deniece (Larry Chastain) Holman and Deanna “Dee” (Marshall) Peyton, two nephews, Kevin (Tawni) Klotz and Brian Peyton and his great nieces and nephews. He was preceded in death by his parents, and a brother-in-law, Robert Holman in 1997. The family requests no flowers and would like to extend a special thank you to the Galena Police Department, especially officers Hatfield and Halstead, Galena EMS, Dr. Mark Moore and his nurse Allison, Dr. Mark Janes and Dr. Eric Engelman for your care and compassion during this difficult time. It will never be forgotten.