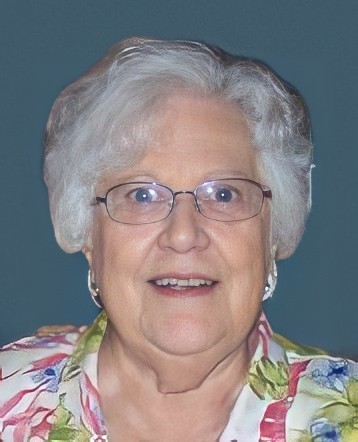 Carol Sproule Bussan, 91, formerly of Galena, IL passed away peacefully at St. Mary Monastery in Rock Island, IL with her daughters by her side on Monday, September 5, one day before her 92nd birthday.

A Mass of Christian Burial will be 2 p.m. Saturday, September 10, 2022, in the Chapel of St. Mary Monastery, Rock Island, Il. Visitation will be prior to Mass from 1 – 2 pm. A reception will be held following the Mass. The Mass will be open to the public, but seating will be limited. Those planning to attend services at the Monastery are respectfully requested to be vaccinated.

A committal service will be held in St. Michaels Cemetery, Galena on Wednesday, September 14, 2022, at 11:30 a.m. followed by a Celebration of Life at Frank O’Dowd’s Irish Pub, Galena.

Carol was born on September 6, 1930, and raised in Galena. She was the youngest of eleven children of Cyrus Sr. and Della Byrne Sproule. She attended St. Michaels Grade School, Galena High School, graduated from Dubuque Senior High School and attended Bayless Business College.

During the 1950’s Carol and Tink operated the Bowl-Mor Lanes (upstairs in what is now the Lemfco building) in Galena.

From 1961 to 1970 she was Chairwoman of the Jo Daviess County Democratic Central Committee and in 1968 she a delegate to the 1968 Democratic Convention in Chicago.

After working for the Galena Chamber of Commerce and ARC she decided to serve her community in a different way and applied for the position of Director of the Jo Daviess County Housing Authority.

She was hired by the Jo Daviess County Housing Authority and was Executive Director for 23 years. She loved working with the elderly and helping families meet their housing needs. She was instrumental in building housing in Galena, Hanover, Elizabeth, and Warren. Her greatest disappointment as Director was her failure to convince HUD of the need for a non-for-profit day care center. During her years as Director, she also served as: President of the Northern Illinois Council of Housing Authorities, Vice-President of the Illinois Association of Housing Authorities, and Director of the Assisted Housing Risk Management Association of Illinois and Iowa.

Her job as Director did not stop her from being involved in community and church projects. She loved Galena and was a lifelong member of St. Michaels Parish. Over the years she was an eucharistic minister, served on the committee to combine the CCD programs with St. Mary’s, led the first Diocesan Stewardship Appeal at St. Michael’s that served as a model for the Rockford Diocese and served on the parish council for 15 years. She was a past member of the Galena Historical Society and the Galena Women’s Club. She was one of the organizers of the Galena Hospital Auxiliary and served on the Board of Directors.

on the Board of the Jane Addams Mental Health Center. After her retirement she worked part-time as secretary for the ARC board for a few years.

We are very grateful to The Sisters of St. Benedict at St. Mary Monastery for opening their home to mom where she lived in their health care unit for the past two years.