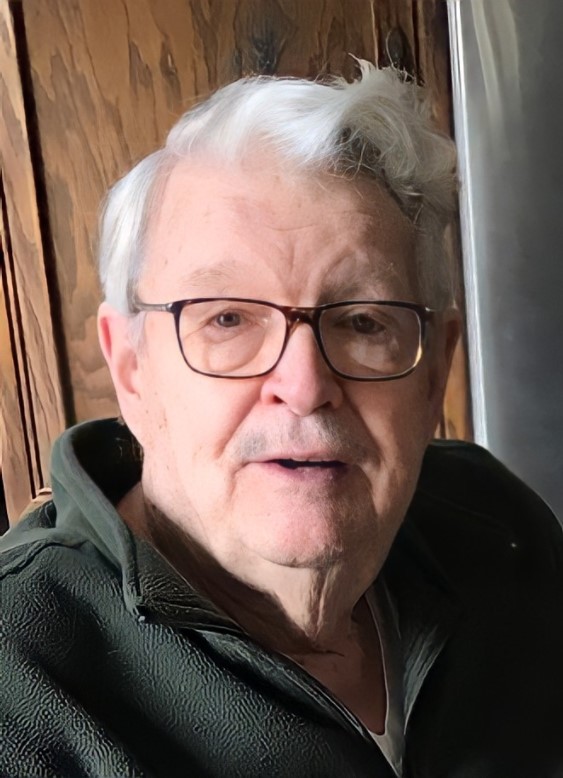 Robert J. “Bob” Johnson of Galena, IL died peacefully at Bethany Home in Dubuque on Monday, July 18 after 91 wonderful years. Funeral service will be held at 11 AM, August 20, 2022, at Furlong Funeral Chapel, Galena, where friends may call after 9 AM until the time of service. Bob’s ashes will be buried at St. Michael’s Cemetery, Galena, with half going to Grand Forks, ND to rest on the Butler family plot next to Betty. Cremation rites have been accorded. He was born in 1931 in Edmore, North Dakota where he graduated from high school. He attended the University of North Dakota for two years and later received his Associate’s degree from Cleveland Institute. He married Elizabeth Ann “Betty” (Butler) in Grand Forks where they lived a few years. He and Betty also lived in Devils Lake, Fargo, Bismarck, and Omaha before settling in Cedar Rapids in 1964. Betty died in 1990 after a car accident in 1977 left her severely disabled. Bob and Betty had four kids: Ann (Paul) Martin of Brown Deer, WI, Robert “Buzz” Johnson of Rancho Murieta, CA, Meleah (Dennis) Mathahs of Marengo, and Dan (Kellie) Johnson of West Des Moines. Bob was deeply proud of his grandchildren: Shanan Lesselyoung (Nick), Betsy Gardner (Nate), Jesse Martin (Annie), Justin Johnson, Aubray Johnson, Dylan Mendoza, Jake Mathahs (Iris), Mazie Stilwell (Matt), and Maddie Johnson. Great grandchildren Brady, Brynn, Baylen, Alex, Max, Avery, and George brought him endless joy. His stepsons Mike, Matt, and Jim Matias and their families were a cherished addition to his family.

While in Cedar Rapids, Bob was involved on several boards of the Linn County Board of Supervisors, Kirkwood CC Advisory Board (School of Electrical Engineering), Chairman of Iowa Special Olympics, the Iowa Head Injury Assoc., Knights of Columbus Council 5677 where he was Past Grand Knight, State Secretary in Iowa, and a member 4th Degree Honor Guard. He worked his entire career for The Bell System (AT&T, Northwestern Bell, US West, Qwest) where he was an electrical engineer in management and took early retirement in 1988 in Cedar Rapids and remained active in the Telephone Pioneers and fought hard to retain their retirement benefits.

Bob married Barbara “Lani” Fisher Matias in 1990 and the two retired happily to Galena to restore their historic 1841 home on Bench Street. There he was involved in many organizations including Knights of Columbus, Kiwanis, Galena Art & Recreation Center, Jo Daviess County Democratic Party (Chairman for 8 years), Galena Historical Society, Galena Foundation, and was appointed to several civic improvement boards.

An avid outdoorsman, Bob was a big fan of the Iowa Hawkeyes and Notre Dame Fighting Irish. He loved researching his family genealogy and traveled several times to Ireland and Scotland in that effort. He researched Civil War history and worked on historic preservation efforts. Woodworking, craftsmanship, wine making, photography, and tinkering with his fine cars were among his hobbies. Bob could fix almost anything – the right way.

Bob was preceded in death by his wife, Betty, his parents, Mack and Edna, younger brother, Fred (US Army, KIA in Vietnam 1967), grandson, Jesse Martin, and two infant children, Patricia and Martin. He is survived by his wife Barbara, four kids, and so many grandchildren and great-grandchildren – yes, he bragged about you all.

Memorial contributions may be directed to the Alzheimer’s Association or Bethany Home, Dubuque.