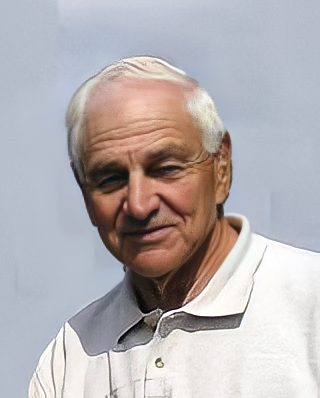 Leo F. Hillard, 97 of Venice, FL and formerly Galena, IL passed away Monday, September 5, 2022, in Sarasota. A funeral mass will be held at 11 AM, Saturday, October 8, 2022, at St. Mary’s Catholic Church, Galena where friends may call after 10 AM until the time of mass. The burial will be in the church cemetery. The Furlong Funeral Chapel, Galena is assisting the family. He was born May 20, 1925, the son of Leo Frederick and Angeline Evline (Pregler) Hillard. Leo attended the Department of The Army Ammunition Inspector’s School for Ammunition Quality Assurance and Explosive Safety and the University of Maryland. Leo was united in marriage to Billie Foecking on May 4, 1946, in Galena and she preceded him in death on September 26, 2002. He enjoyed a 32-year Federal Government career as an Ammunition Inspector (AI)/Quality Assurance Specialist, Ammunition Surveillance (QASAS) with assignments to 13 duty stations worldwide. He worked with all types of ammunition and was responsible for the readiness, explosive safety, and storage of the global Army ammunition stockpile. In recognition of his career, Leo was inducted into both the Ammunition Hall of Fame, as well as the Ordnance Hall of Fame. Leo retired to Florida with his wife, Billie Hillard, in 1981 where he was active in charitable outreach with the Catholic Church Men’s Club and the Lion’s Club. He also greatly enjoyed golfing, playing bridge, sailing, operating the family rental property business, and most importantly, traveling to visit, love, and mentor his children and grandchildren. While Leo worked hard and was successful in his career, above all, he loved and cared for his family, and lived by his credo: “A Dad’s job is to take care of his family.”  He is survived by his daughter Marsha (Jim) Kline of St. Germain, WI, son Mitch (Shari) Hillard of Newton, NJ, and five grandchildren: Jeff (Carol) Ward of Joliet, IL, Scott Ward of Joliet, IL, Suzanne (Dan) Lombardo of Sugar Grove, IL, Ellari (Seth) Kerner of Bethlehem, PA, Addison Hillard of Phoenix, AZ, numerous great-grandchildren, great-great-grandchildren, nieces, nephews, and his beloved cat, Skeeter. He was preceded in death by his parents, his wife, a daughter Suzanne Lee Hillard, son Leo F. Hillard III, grandson Brian Kline, and three brothers, Ralph Hillard, Jim Hillard & Lew Hillard. Memorials may be given to the Alzheimer’s Association, Veteran’s Administration, or St. Francis Animal Rescue of Venice, 1925 S. Tamiami Trail, Venice FL 34293, (941) 492-6200