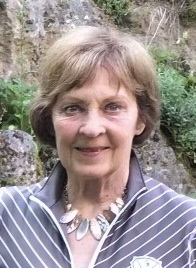 Sophie Marie Fiedler (nee Schlachter) was born on August 4, 1941, to Arnold and Hedwig Schlachter in Chicago, IL. Sophie met the love of her life, Howard A. Fiedler during their junior year at Lake Geneva High School (renamed Badger High) in Lake Geneva, WI. She graduated from The University of Wisconsin Madison with a degree in Physical Education. Sophie married Howard on June 27, 1964, at The United Methodist Church in Crystal Lake, IL, and worked as a Physical Education teacher in Palatine, IL. Sophie and Howard lived, worked, raised their family, and were actively involved in the Crystal Lake community for over 40 years where she enjoyed golf, tennis, skiing and honed her natural talent and love of gardening. Sophie and Howard moved to Galena, IL to establish Green Valley Farm where Sophie’s love and dedication to The Norwegian Fjord horse began and blossomed into a great and deep passion. Sophie became a stalwart champion of the breed and her knowledge and experience were greatly respected. She was a devoted member of The Norwegian Fjord Association and The Jo Davies Conservation Foundation. Sophie is survived by her loving husband and best friend of 56 years, Howard A. Fiedler, her daughter, Hollie Free, her son-in-law, Alan Free, her son, Howie Fiedler, and daughter-in-law, Maureen Fiedler, her four wonderful grandchildren who called her Grammie, Kendall Free, Cassie Free, Jake Fiedler, and Spencer Fiedler, her sister, Hedwig Paley, and brother, Arnold Schlachter. Sophie was preceded in death by her father, Arnold Schlachter, and her mother, Hedwig Schlachter. Sophie will forever be missed by her family and friends but her legacy of hard work, loyalty, fairness, and love along with many cherished memories will be everlasting. Burial of the cremated remains will be held at a later date in Prospect Hill Cemetery, rural Galena.