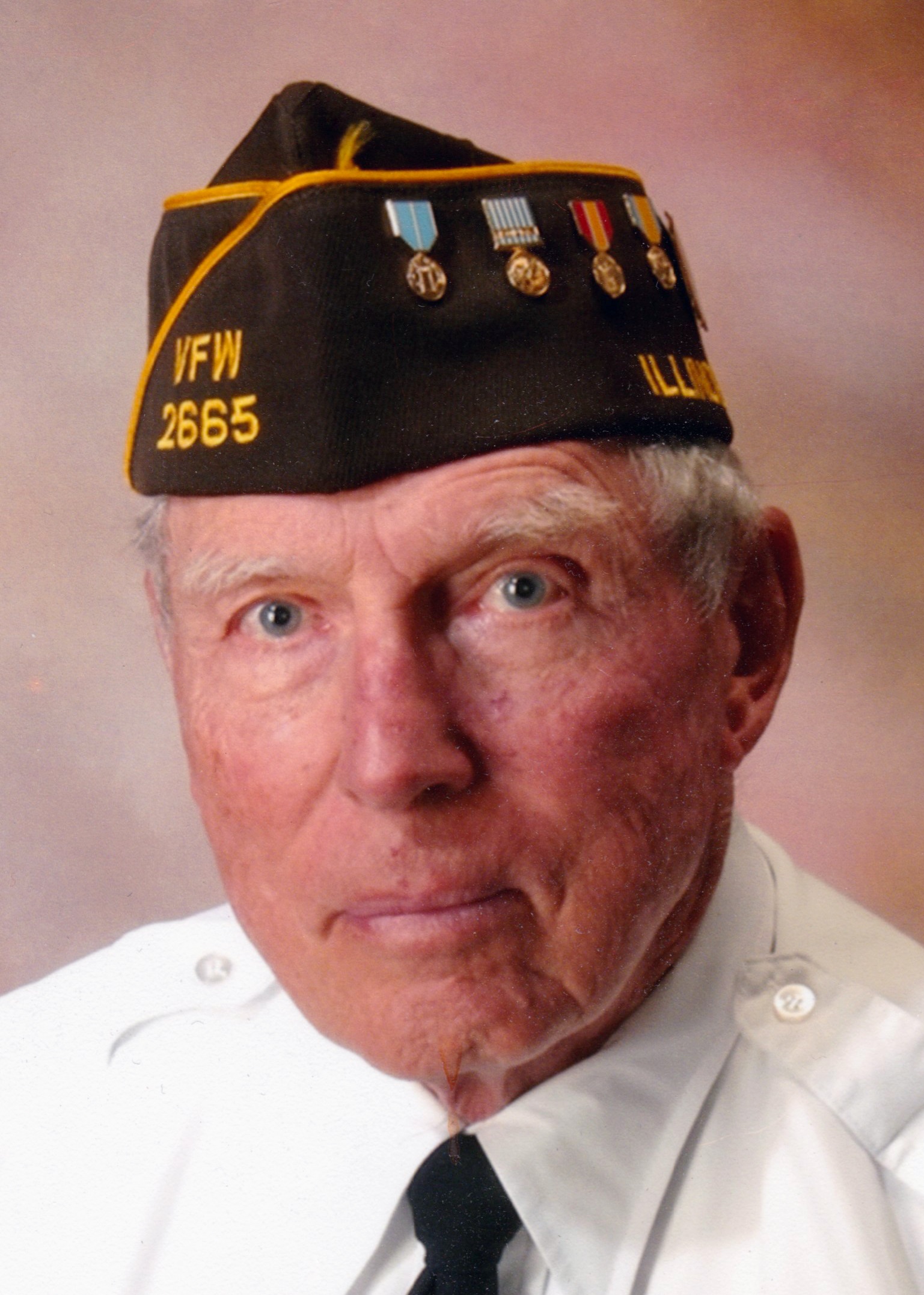 Robert LeRoy Korte, 90, of Eau Claire, WI, and formerly Galena, IL died June 3, 2021, at Heritage Assisted Living, Eau Claire. A funeral mass will be held at 11 AM, on Wednesday, June 9, 2021, at St. Mary’s Catholic Church, Galena where friends and family may call after 10 AM until the time of the mass. Burial will be in Greenwood Cemetery; Galena where military honors will be accorded graveside by Galena VFW Post #2665 and American Legion Post #193. The Furlong Funeral Chapel, Galena is assisting the family. He was born in Dubuque, IA on November 20, 1930, to LeRoy and Genevieve Korte. He was raised in Galena with his three younger siblings and graduated from Galena High School in the Class of 1948, earning All-Conference honors in football during his senior year. Following graduation, Bob enlisted in the U. S. Army. Assigned to the 49th Field Artillery, Infantry Division, Headquarters Battery in personnel, he spent most of 1951 in Korea as an officer records clerk, taking care of all records for the battalion. Bob was extremely proud of his military service, was active in the V.F.W., and served as Commander of Galena V.F.W. Post 2665. He was privileged and thrilled to be a part of the Honor Flight of Greater Dubuque in 2011 to visit the nation’s capital. After his enlistment ended in 1951, he found himself in Montevideo, Minnesota, where his father’s job had taken the family during Bob’s time in the service. Here he met the love of his life, Kathryn Anderson. Bob and Kathy were married in Montevideo on June 20, 1953. He graduated from the Minnesota School of Business in Minneapolis in 1954. They moved to Eau Claire in 1955. Bob enjoyed a long career as an accountant with Northern States Power Company, retiring in 1988 after 33 years of service. Accounting was in his blood, as he followed in his father’s footsteps. Perhaps in a sign of things to come, Bob had been elected treasurer of his high school freshman class. He was a long-time member of St. Olaf’s Catholic Church in Eau Claire and was active in the St. Olaf’s Men’s Club. Bob and Kathy enjoyed card clubs, trips to the Boundary Waters Canoe Area, playing golf, their many friends, and spending time with family. Bob loved, and always maintained strong ties to, his Galena background. He and Kathy owned the old Spring Creek School on Blackjack Road and used it as a summer cottage for several years. Following their retirement, they remodeled and converted “the cottage” into a year-round home and moved there permanently. They later moved to a condominium on Shadow Bluff Drive in Galena before moving back to Eau Claire in 2018. Survivors include his wife, Kathryn; daughter, Vicki (Mark) Hagen; sons, Roy Korte (Donna Lee) and Terry (Charo) Korte; grandsons, Derek Hagen, David Korte, and Adam Korte; granddaughter, Marissa Korte (Mark Hutchinson); a brother, Donald (Peg) Korte; a sister, Carol (Max) Hinde; Sisters-in-Law, Barbara Anderson, and Carol (Gordon) Pitt; Daughter-in-Law, Kathy Osvat; and several nieces and nephews. He was preceded in death by his parents, Roy and Gen Korte, and a sister, Jean Marrs; Father and Mother-in-Law, Stanley and Clara Anderson; Brothers-in-Law, Stan Marrs, and Jerry Anderson; and Sister-in-Law, Shirley Parke. Online condolences may be left for the family at www.furlongfuneralchapel.com