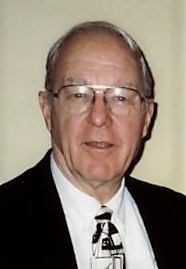 Raundle R. “Ron” Ericson, 85 of Galena, IL passed away unexpectedly, Saturday, June 29, 2019 at his home. A Celebration of Life will be held at 3 PM, Saturday, July 13, 2019 at the Furlong Funeral Chapel, Galena where friends and family may gather after 12 PM (noon). Military honors will be accorded following the service by Galena VFW Post #2665 and American Legion Post #193. Burial will be held at a later date. Cremation rites have been accorded. Ron was born August 3, 1933 in Kewanee, IL to Vada (Sweat) and Ted Ericson. He went to school in Galva, IL and graduated from Galva HS in 1951. Ron attended the University of Illinois, where he was a member of the Alpha Gamma Rho fraternity, ROTC, and the livestock and meat judging teams along with other clubs and activities; graduating in 1955 with a BS in Agricultural Science. After college, Ron served two years in the Army, and was discharged in 1957 as a First Lieutenant, before embarking on his career with Production Credit Association; where he worked for twenty-seven years – fifteen as President. This was followed by seven years at the State Bank of Freeport, two years as President of First National Bank of Galena, and five years at the State Bank of Davis, before retiring in 1997; but continuing to work part-time at Galena State Bank for ten more years. Ron married Carol Lindstrum on February 25, 1956 in Bishop Hill, and is survived by her and their three sons: Stephen (Susan) of St. Charles, IL, Brent (Veronique) of Ann Arbor, MI, and Mark of East Galesburg, IL. Ron had no brothers or sisters. After living in Kewanee and then Freeport in their earlier years, Ron and Carol have called Galena, IL “home” for the past twenty-five plus years. Ron valued family, church and community; living life as an example for many and creating widespread friendships. Ron was actively involved in the First United Methodist Church wherever Carol and he resided, as well as charitable and social organizations such as the Illinois FFA Foundation, 4-H, Elks Lodge, Safe Haven Animal Shelter, Galena Food Pantry, Study Buddy Program, and fundraisers and festivals for local causes too numerous to list. Memorials can be made in his name at the gathering services to support some of the above. �A�\�