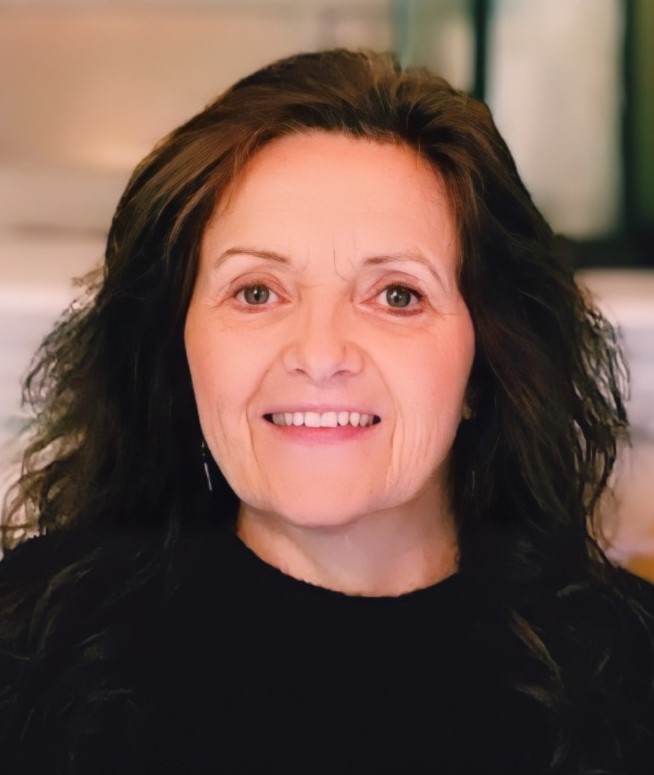 Marcia Broshous (Webster) 63 of Dubuque, IA passed away unexpectedly on Sunday, July 10, 2022, from a sudden illness. Funeral service will be 1 PM, Saturday, July 16, 2022, at Furlong Funeral Chapel, Galena. Friends may call from 4 to 7 PM, Friday, July 15, 2022, at Furlong Funeral Chapel. Burial will be in St. Mary’s Cemetery, Galena. Marcia was born on October 18, 1958. She grew up in Galena, IL, and graduated from Galena High School in 1976.  Marcia realized early on that she had a passion for taking care of others. Early in life she volunteered as a candy striper and took great care in helping even those whom she didn’t know well but needed her help. She believed in being the good, being a helper. Not only did she love to care for people, but she also had an unbelievable compassion and love for animals. She had many rescue pets in her lifetime and gave them a wonderful life. She also cared for her daughters’ pets as if they were her own, often staying at their homes or checking in on them while her daughters and their families were away. The animals adored her and knew they’d be getting the best love when she arrived. Marcia met Robert (Bob) Broshous when they were teenagers. When Bob joined the Army and was stationed in El Paso, TX they stayed in touch by writing letters. Bob convinced Marcia to move down to Texas with him and they were married on August 4, 1978. They celebrated that day with cheeseburgers and a frosty from Wendy’s. They went on to have three daughters Ashley, Adrienne, and Alea. Marcia dedicated her life to being an amazing wife and wonderful mother. As an Army wife, Marcia made it her mission to make a home for her family wherever they were stationed. She loved to decorate for the holidays and changed out the décor for every season. Marcia was the life of the party and had a talent for throwing a great event. Her family will tell you that her fun-loving personality made her up for anything, including dressing up for theme parties she hosted. Marcia made friends easily and had long-lasting friendships with so many people from all over the country. She was the most caring, giving, and nurturing friend to anyone and everyone. Marcia always put her family and friends first and found joy in taking care of others. She would pride herself on finding the perfect gifts for her loved ones, which always included one special “Goodwill” gift that she purchased second-hand. She even wrapped the used gifts in recycled wrapping paper. Marcia enjoyed being frugal and she used her creativity to reduce waste by repurposing all kinds of things.  Her three daughters would describe Marcia as their “best friend”. She was the best listener and somehow managed to keep track of everyone’s busy schedules. She celebrated their joys with them, cheered them on through life’s challenges, and taught them to make the world a better place by spreading happiness and love. She even passed on her enthusiastic laugh, ok more of a cackle, to her daughters. Marcia had eight grandchildren who were her pride and joy. She was very hands-on and lived to see her grandchildren happy. Her grandchildren adored her and looked forward to adventures with her. The grandchildren knew her as “GaGa” and lovingly nicknamed her “Grandma Marshmallow” since she had a stash of marshmallows, she would let them eat at any time of the day.  She is survived by her husband of almost forty-four years, Robert Broshous, three daughters, Ashley (Nathanial) Mealhow, Adrienne (Darrin) Kaisand, and Alea (David Robinson) Broshous, and eight grandchildren, Nadia, Nash, Noxx, Gia, Jett, Jude, Gemma and Emmanuel, her mother, Donna McKnight, two brothers, Wayne (Tina) Webster and Gary (Angie Heidenreich) Webster and her extended family and so many special friends. Marcia was preceded in death by her father, Howard Webster, and her stepfather, Paul McKnight. The family requests that donations in memory of Marcia be made to Safe Haven Humane Society.