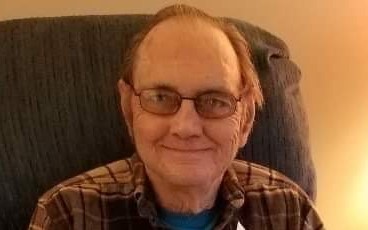 Larry Kelley, age 81 of Savanna, IL., formerly of Monticello, IA., passed away Monday, April 11, 2022, at his home surrounded by family and friends.  Private Family Services will be conducted at a later date.  Furlong Funeral Chapel in Galena is assisting the family.

Larry was born Nov. 30, 1940, at John McDonald Hospital in Monticello, IA. He was the son of Ambrose and Mary (Kammerman) Kelley. Larry attended school in Monticello, IA. Larry was married to Dana Schmidt for 15 years and had three children. He worked at Hearn Oil and Tire of Monticello as a tire repairman and mechanic for 30 years. He also worked for Chapman Logging Co. of Sand Springs as a truck mechanic for 20 years. Later, Larry moved to Savanna to live closer to his brother Jim and sister Florence. Later, he worked part-time helping to clean local businesses after hours.

He was preceded in death by his parents Ambrose and Mary, a brother James Kelley and sister Florence Stingley.

A special thanks to his many friends at Mest Manor and to his best friend of many years Joyce Behrends.

Online condolences may be expressed to the family at www.furlongfuneralchapel.com