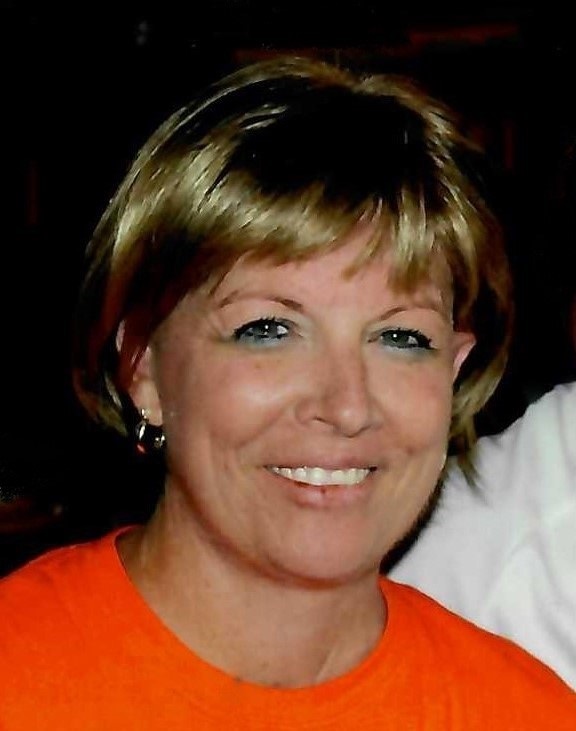 Jennifer “Jenny” Lynn Gehrts-Stoffregen, age 46, of Galena, IL finished her earthly journey after a valorous 4-year battle of esophagus and brain cancer on Sunday, May 16, 2021, surrounded by her loving family. A Mass of Christian burial will be held at 11:00 a.m. Monday, May 24, 2021, at St. Francis de Sales Church, Hazel Green, WI, with Father Kenneth Frisch officiating.  Visitation will be held from 1 to 5 PM, Sunday, May 23, 2021, at the Furlong Funeral Chapel, Galena and after 10 AM, Monday at the church.  Masks are encouraged while inside. Burial will be in Greenwood Cemetery, Galena.  She was born on November 13, 1974, to Jack and Marlene (Kaiser) Gehrts. Jenny attended Galena schools, and from there attended Loras College and graduated in 1996 with a bachelor’s degree in Marketing and Management.  Jenny was employed at Crescent Electric for 24 years in sales as an Inside Account Manager. Jenny received her diagnosis of esophagus cancer on February 27, 2017.  She accepted the news of this brutal disease and faced the challenge with no fear. Together we will Win!  Fight the Fight! In addition to her continued growing brain tumors resulting in 6 brain surgeries- Jenny’s heroic attitude remained the same. Let’s Do It!!  Never give up – she continued to try to stop this evil villain within her.   She accepted the challenges of the impossible and prevailed for years always having a smile on her face.  Jenny’s focus was her family. She and her husband Stewart were high school sweethearts who were blessed with 2 wonderful children. They showed their pride in Sam and Ryan by attending every sport activity that they participated in.   No matter the medical obstacles, Jenny was preparing for the next date to show her support and pride in each one of them. She was truly a medical miracle, and her surgeon Dr. Greenlee, referred to her as “HIS HERO”. She would face any challenge for a possible cure no matter what the circumstances or side effects of the medicines were. Fight the Fight and that she did.  We now accept that Together we will Win!  Faith, Grace, and Love won Jenny’s battle not cancer!   Survivors include her loving husband of 23 years Stewart, their daughter, Sam; their son, Ryan; her parents, Jack and Marlene Gehrts; two sisters, Shelly Basten (Brent Bader) and Kristie (Danny) Shelliam; nephews, Hunter and Jarrett Basten, Casey Shelliam and a niece, Alyssa Shelliam, her father and mother in-law, Terry and Dee Stoffregen; two brothers-in-law, Ty and Troy Stoffregen. Jenny was preceded in death by her grandparents: Joe and Rita Kaiser, John Gehrts and Susan Gehrts, Frederick and Bertha Stoffregen, James and Beulah Widdowson and many other relatives. We would like to thank all the medical staff at the University of Iowa Hospital, Hospice of Dubuque for their wonderful care for Jenny.  Also, family, friends, and the continued support we have received from our wonderful community.