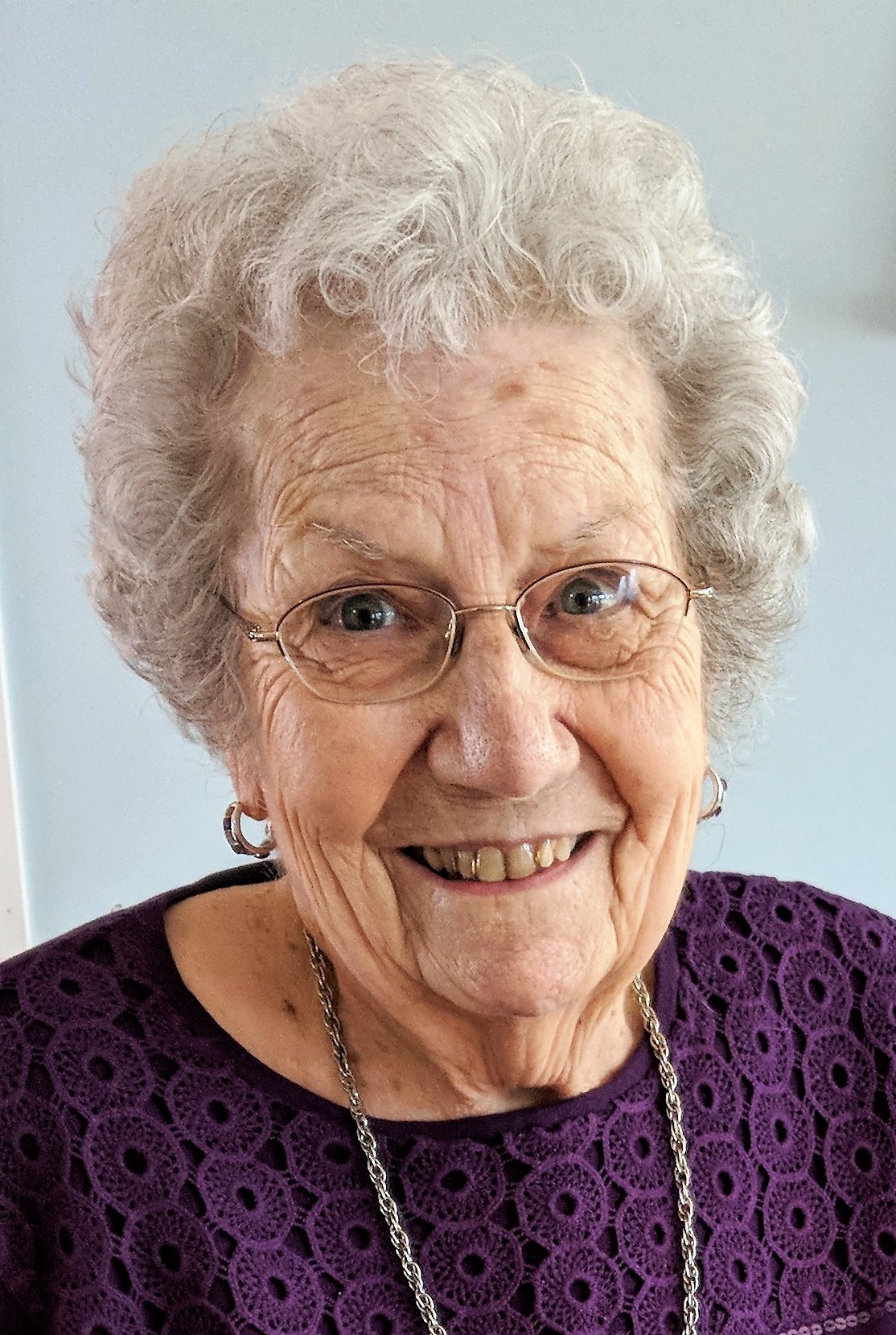 Evelyn L. Sanderson, 94, of Shullsburg, WI died Sunday, July 28, 2019, at Hawkeye Care Center, Dubuque, IA. Funeral Mass will be 11 am Wednesday, July 31, 2019, at St. Matthew’s Catholic Church, Shullsburg, WI and where friends may call after 10 AM at the church until time of mass. Burial will be in St. Mary’s Cemetery, Galena, IL. Friends may call Tuesday, July 30, 2019, from 4 to 7 pm at the Furlong Funeral Home, Shullsburg where the rosary will be recited at 7 pm. She was born February 12, 1925, in Elizabeth, IL the daughter of Andrew and Marie (Berlage) Meyer. Evelyn was united in marriage to Elden Sanderson on June 24, 1952, at St. Mary’s Church, Elizabeth and he preceded her in death on July 31, 2010. They briefly lived in Galena and Dubuque before moving to Shullsburg and establishing Shullsburg Dry Cleaners in 1957. Evelyn worked alongside Elden in the business and became a well-known seamstress in the Shullsburg area. She also worked at the Shullsburg Home caring for the residents. She also was known for her cinnamon rolls and baked goods always sharing them with neighbors and friends. Family was very important to her as she hosted many holiday events for her children and extended families. She was active at St. Matthew’s Catholic Church and its many organizations in addition to being a member of the original St. Vincent DePaul Society chapter in Shullsburg. She is survived by three children Janet (Roger) Glasgow, of Dubuque; Mark (Charmaine) Sanderson, of North Prairie, WI and Gary (Ann) Sanderson of Waukesha, WI. Three grandchildren Amy (Jesse) Engelkins, Kelli (Scott) Nicks and Alicia Sanderson; and two step-grandchildren Rachael and Alyssa Boneck; and two great-grandchildren Evelyn and Elizabeth Engelkins. She was preceded in death by her parents, brother, Raynold, sisters Calista Turpin and Eleanor; who died at birth; sister in law Claire Meyer and brother in law Wallace Turpin. The family would like to thank Hawkeye Care Center, Dubuque where she made her home for the past four months and Hospice of Dubuque for their compassionate care during this time.