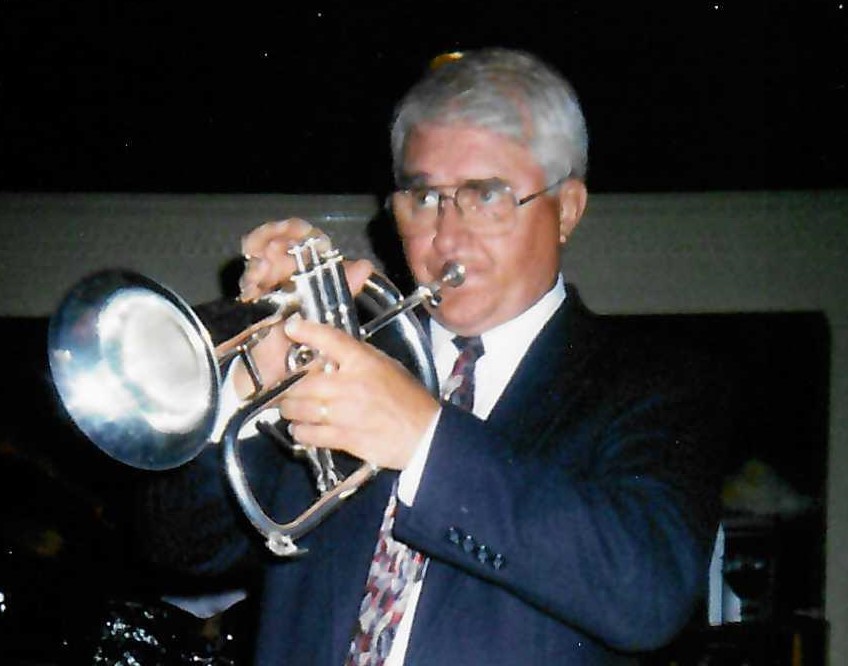 Earl M. Thompson, 81 of Burlington, NC died April 4, 2020, in Dubuque IA. In keeping with his wishes, no services will be held. Cremation rites have been accorded. The Furlong Funeral Chapel, Galena, IL is assisting the family locally. He was born August 1, 1938, in Norristown PA the son of Earl and Anastasia (Barnosky) Thompson. Earl graduated with the class of 1956 from Norristown High School. He served as a platoon Sergeant in the United States Army until his honorable discharge. Earl was united in marriage to Linda F. Steele on November 9, 1963, at Phillips Chapel, Burlington NC. He was a self-employed realtor and property manager. Earl was a very accomplished self-taught trumpeter and traveled the world playing at churches, Carnegie Hall, Madison Square Garden, and in Russia. He was a member of the Alamance Jazz Band of Burlington. Earl was a loving husband, father, grandfather, and great grandfather who loved his children and grandchildren very much. He is survived by his wife Linda, of Dubuque, IA, one son, Earl (Kim) Thompson Jr., of Galena, and a son in law, Tab Gray, of Burlington, one grandson Noah Gray, of Burlington, two granddaughters, Chloe (Cameron) Jeffreys, of Mebane, NC, and Sloan Gray, of Burlington, three great-grandchildren, Lennon Gray and Zella and Jonah Jeffreys, two brothers, Dave (Mia) Thompson, of Hawaii and Don (Linda) Thompson, of Phoenix, AZ, one brother in law, Jerry (Liz) Steele, of Burlington, two sisters in law, Carolyn (Willard) Barnett, of Burlington and Judy (Rick) Barnes of Abbeyville, SC, and his many nieces and nephews. He was preceded in death by his parents and a daughter Mandy.