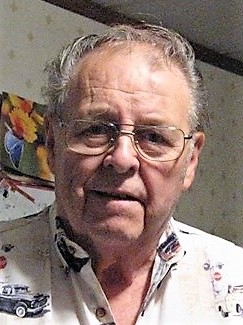 Donald L. “Jabber” Mickelson, 82, of Galena, IL passed away Wednesday, June 19, 2019, at his home. A funeral mass will be 10:30 AM, Saturday, June 22, 2019, at St. Michael’s Catholic Church, Galena where friends may call after 9 AM until time of mass. Burial will be in the church cemetery. Military honors will be accorded graveside by the VFW Post #2665 and American Legion Post #193 of Galena. He was born January 2, 1937, in Dubuque, IA the son of Hans and Dorothy (Harwick) Mickelson. Don enlisted in the United States Marines on December 8, 1953, and served during the Korean Conflict earning the rank of Corporal. He was honorably discharged on December 7, 1956. Don was united in marriage to Darlene K. Leifker on November 15, 1958, at St. Michael’s Catholic Church and she survives. He spent his entire life in Galena. Don worked at John Deere Dubuque Works for thirty-two years retiring in 1989. He enjoyed fishing, golfing, buying and selling coins, following the Cubs, Miami Dolphins, and going to the casino. He is survived by his wife and two sons Kevin (Laura) of Lugoff, SC; and Randy (Tara) of Madison, Wis., one grandson Sammy of East Dubuque, IL. He was preceded in death by his parents and son Colin Mickelson.