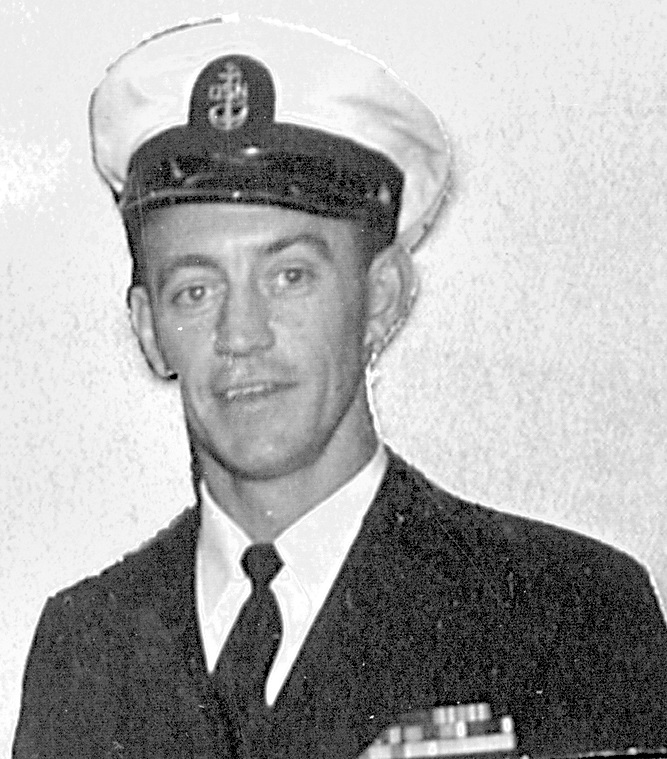 Donald J. O’Rourke, 94 of Galena, IL passed away Tuesday, November 3, 2020, At Galena Stauss Senior Care Community. A committal service will be held at 11 AM, Friday, November 6, 2020, at St. Michael’s Catholic Cemetery, Galena. Due to COVID-19 restrictions masks and social distancing will be encouraged. The Furlong Funeral Chapel, Galena is assisting the family. Donald J. O’Rourke, Chief Petty Officer, United States Navy (retired) was born in Vinegar Hill township on August 20, 1926. He was the second son of nine children born to Tom and Charlotte (Bennett) O’Rourke. In 1943, after graduating from Galena High School, Don enlisted in the US Navy and went through boot camp at Farragut Naval Training Station in Idaho. He reported aboard Landing Ship, Tank (LST) 532 in New York where he was shipped to England. Don took part in the invasion at Omaha Beach in Normandy France on D-Day – June 6, 1944. Later in his military career he served aboard the destroyer USS Cotten in Korea during the Korean War and the USS Bremerton in the western Pacific. During peacetime, Don lived in Long Beach and San Diego California as well as Norfolk Virginia where he was an avid fan of the Triple A Tidewater Tides baseball team. Don retired from the U.S. Navy in October 1964. After his Navy career he returned to Galena and became a member of St. Michael parish, where he served as an usher and sang in the choir. He was also a 4th degree in the Knights of Columbus. Don was an avid golfer and a member of the Galena Golf course. He subsequently spent time in Virginia Beach where he coached little league baseball in the late 60’s and 70’s and later traveled from Galena to Arizona to golf during the winter months where he made his storied “hole in one.” He is preceded in death by his parents, and his eight siblings. Don is survived by his sister-in-law, Mary O’Rourke, and many nieces and nephews. He was a wonderful uncle who loved to tell stories about his military service. He also taught his nieces and nephews to golf, how to throw a mean knuckleball, and the value of a $2 dollar bill. He will be remembered and loved. Don survived a bout of Covid-19 this spring, only to succumb to a second infection of the virus this fall.