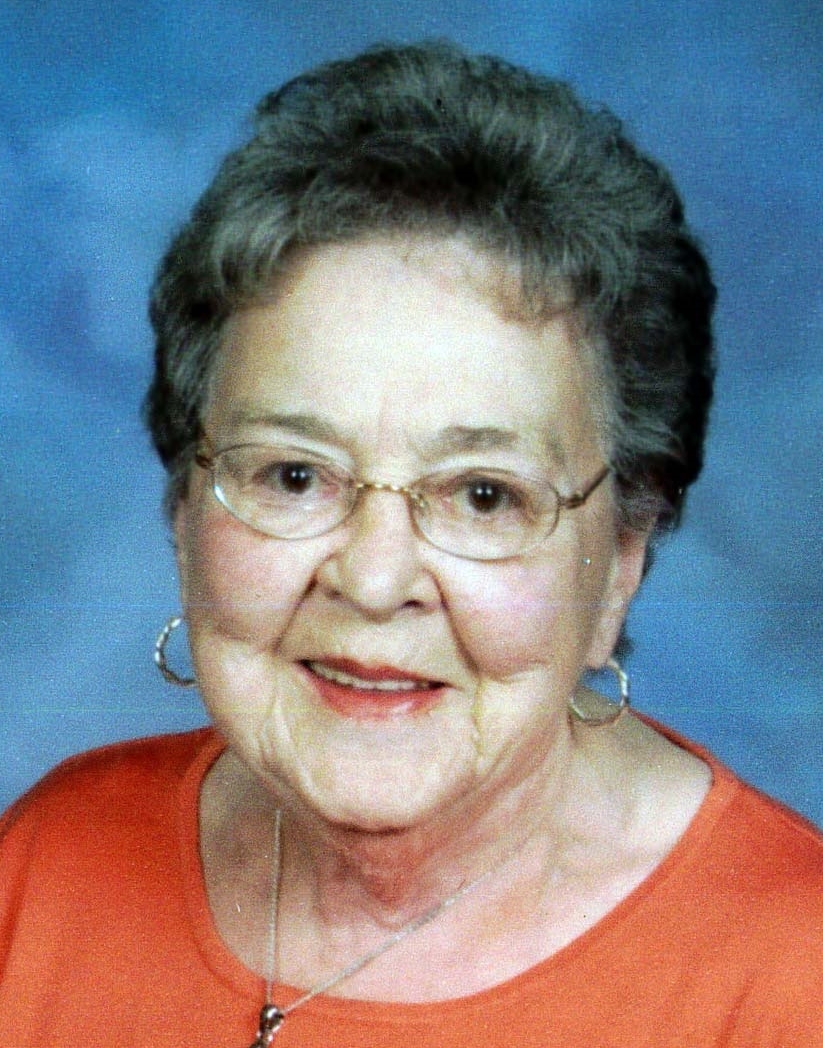 Catherine G. “Mitzie” Murphy, 85, of Galena, died Sunday, May 31, 2015, at the Galena-Stauss Senior Care Community in Galena. Funeral Mass will be held at 10:30 a.m., June 3 at St. Michael’s Catholic Church, Galena. Burial will be in St. Michael Cemetery, Galena. Visitation will be held from 4-7 p.m., Tuesday, June 2 at the Furlong Funeral Chapel, Galena, where the scripture wake service will be held at 4 p.m. She was born on Nov. 22, 1929, the daughter of Watt A. and Margaret E. Noland. When she was handed to her mother, her aunts said “Here’s your little Mitzie.” That name stuck with her through life. Though she was christened Catherine Gertrude, in honor of her grandmothers, she had no idea why the nuns were calling her Catherine when she entered the first grade at St. Mary’s School. She married Robert E. Murphy on Dec. 26, 1947, at St. Mary’s in Galena. Robert preceded her in death on Jan. 1, 1970. She graduated from St. Mary’s Catholic Grade School and the Galena High School, class of 1947. In the early 1950s Bob and Mitzie bought the family home on North West Street in Galena, where they, mostly Mitzie, lovingly restored the home. The home was a few blocks from Mitzie’s childhood home, allowing her children to grow up in the same environment she so loved as a child. Their neighbors inspired lifelong friendships and very fond memories. It was during this time period that Mitzie’s love of restoring antiques developed. The air was often filled with the sounds of sanders, as the neighbors restored their latest auction finds, and broadcasts of ball games, as dads listened on their radios. She took a part-time job at The Galena Gazette as her children grew older. In December of 1969, just prior to Bob’s sudden death, she took a full-time job at The Antique Trader in Dubuque, Iowa. She would later rise to the position of editor of The Antique Trader Price Guide to Antiques, a national publication, which was an incredible resource to collectors and dealers alike. Her job allowed her to write and research on antiques, her lifelong passion. After retirement, she continued to dabble in antiques. She was active in her community through her involvement in The Galena Hospital Board, The Galena Historical Society, St. Michael’s Church and its Altar and Rosary Society, League of Women Voters, to name a few. She was a lifelong Democrat, and a proud Irishwoman by affiliation. She loved all things Galena, from its people, to its architecture and treasures from the past. She was a woman of grit and determination, not afraid to speak her mind. (To which her children can gladly attest). She maneuvered life with courage and fortitude, and was a great inspiration to her children and grandchildren. She is survived by her five children, Patrick (Jane) Murphy of East Dubuque, Peggy Murphy, Daniel (Patti) Murphy, Mary Catherine (Michael) Doyle, all of Galena, and Susan (Hans) van Beers of Omaha, Neb.; four grandchildren, Ryan (Jessica) Murphy of Oswego, Katie and Robert “Robbie” Murphy and Robert “Bob” Doyle, all of Galena; two special step granddaughters, Kerry (Sonny) Shelke of Galena, and Brianna Doyle of Rockford; and two great-grandsons, Liam and Finnegan Shelke. Also surviving are her sister-in-law, Nora Murphy of Hanover; her brother-in-law, Timothy (Elaine) Murphy of Dubuque, Iowa; and nieces, nephews and cousins. She was also preceded in death by her parents, her in-laws, Michael J. and Loretto A. Murphy; her sister, Marjorie A. Noland,; her brother-in-law, Bertram Murphy; and a son-in-law, Gary Copeland. The family would like to thank Dr. Allen Crist and the staff of the Galena-Stauss Senior Care Community for their loving care of Mitzie. Also special thanks for her extraordinary care by the staff of Bell Tower in East Dubuque, where she resided for the past five months, and her Coatsworth family, especially Lavon Buss, where Mitzie resided for six years.